I survived puking out the window while driving....

So, I slept pretty good last night, propped up on my multiple pillows so that my upper half is elevated to avoid the reflux waking me from a dead sleep puking water and acid.  My stomach was on lock down, coffee - nada!, milk - nope!, water - yes, a little.  I figured, it's just too early and it will subside.  So I made my wonderful iced coffee with milk and a little half and half for my breakfast while driving to work.  I get on this long and winding road - and suddenly begin to salivate.  My stomach is starting to cramp and more salivating.  I search for a plastic bottle, a cup, anything to puke into.  I have NOTHING and NO WHERE to pull off.  So I quickly press the window button to get that window down as fast as possible and I puke out the W-I-N-D-O-W!  Can you believe that?!?  I'm driving at 45 mph, on a two lane road in the woods and wrecking was a definite possibility.  I had slimed the side of my car, my hair, my shirt, the side of my face.
This is the same cramp I had before, also in a car, a few days after my endoscopy where I frantically signaled the driver (because I had a mouth full of spit) to pull over and I subsequently puked.  There was no nausea and this happened quickly.  It's like I have a charlie horse cramp, those cramps you get sometimes in your toes or calves, but in my stomach.  I puke and suddenly life is good, cramp goes away and it's like nothing ever happened.  My stomach and band are just a little sore.
And since this is the 2nd time this has happened in less than a month and it's never happened to me like that before, I decided it HAS to be the endoscopy.  Something happened b/c things are so irritated and different now.  I recall the gastroenterologist telling me she was a little worried that the camera might be too big, and if so she had a smaller one she could use.  I advised her that my band was relatively loose compared to most and so she said she'd try the larger b/c it was a better camera.  She told me afterwards that she was able to use the larger one.  What if she forced that larger camera, with good intent, but that force moved the band like it would if it slipped?  Something definitely changed, and I chalked it up to swelling after the procedure.  But it's not getting better.  I have some days that are better than others, but for the most part my stomach is on LOCK DOWN.  I'm not losing a lot b/c when I can eat, I'm eating the wrong things.  But not anymore.
I'm on the path to losing 10lbs by Memorial Day and I'm going to eliminate chocolate and Reese's Peanut Butter Easter Eggs.  We go camping (drinking, dancing, cooking) with a bunch of friends to a really fun place on the Bay every Memorial Day and I want to look good in a bathing suit and shorts.  It's a campground where they serve a buffet breakfast you can walk to, karaoke, fireworks, crafts, and a 24x7 ice cream store on premisis so it's not really CAMPING camping, but it's a ridiculous amount of fun!!    I'm going to eat clean and am already increasing the exercise.  I'm also doing a Color Me Rad run in a few weeks and Summer is right around the corner.  I'm smaller, but need to tone up!  I'm ready and I WANT the thrill of losing again and the thrill of wearing a smaller size!!!
It was SO great hearing and seeing comments from you guys.  Thanks for that - what an amazing community of supporters you guys are!!! 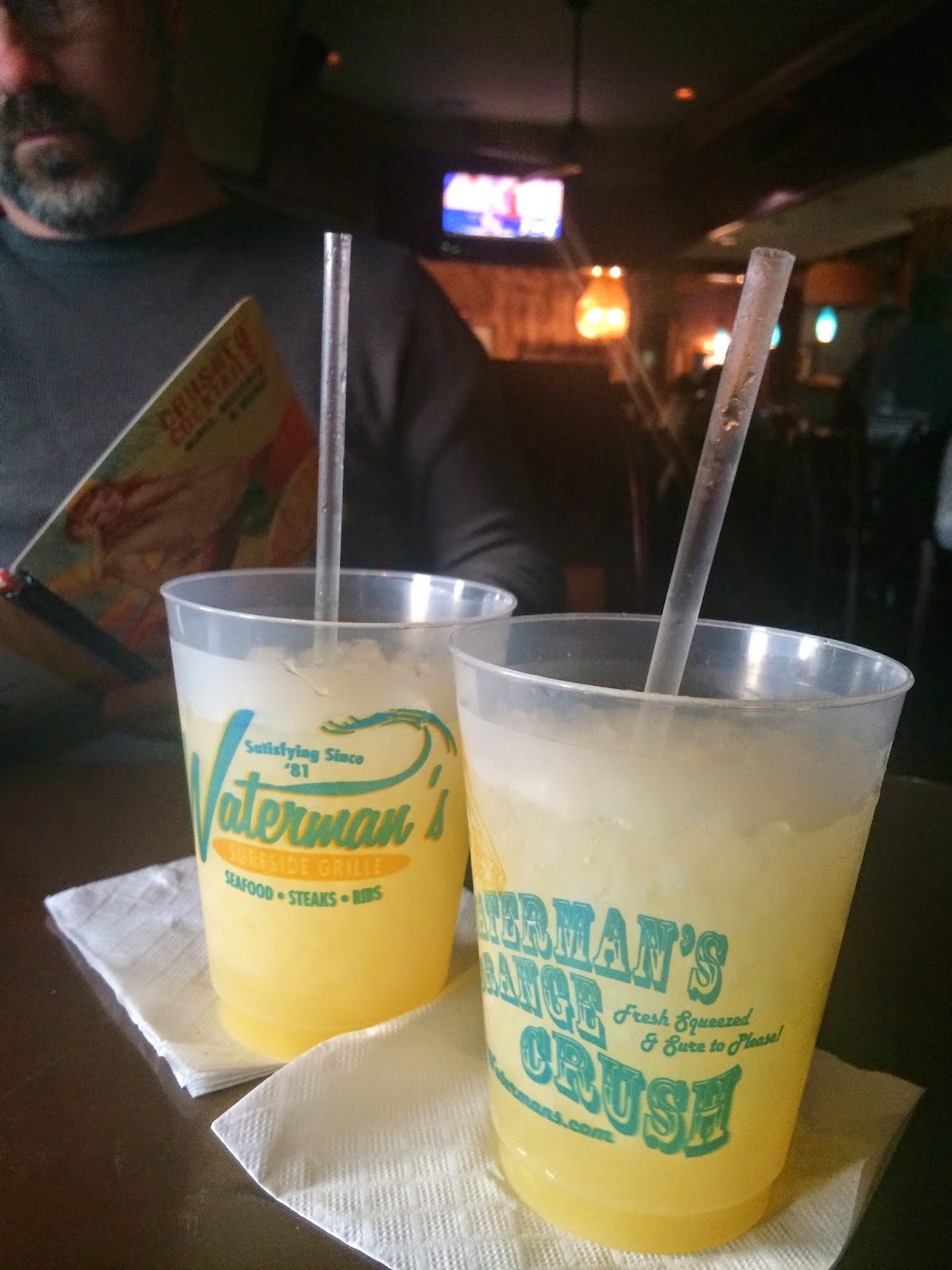 This weekend with my husband drinking Orange Crushes.....so awesome! 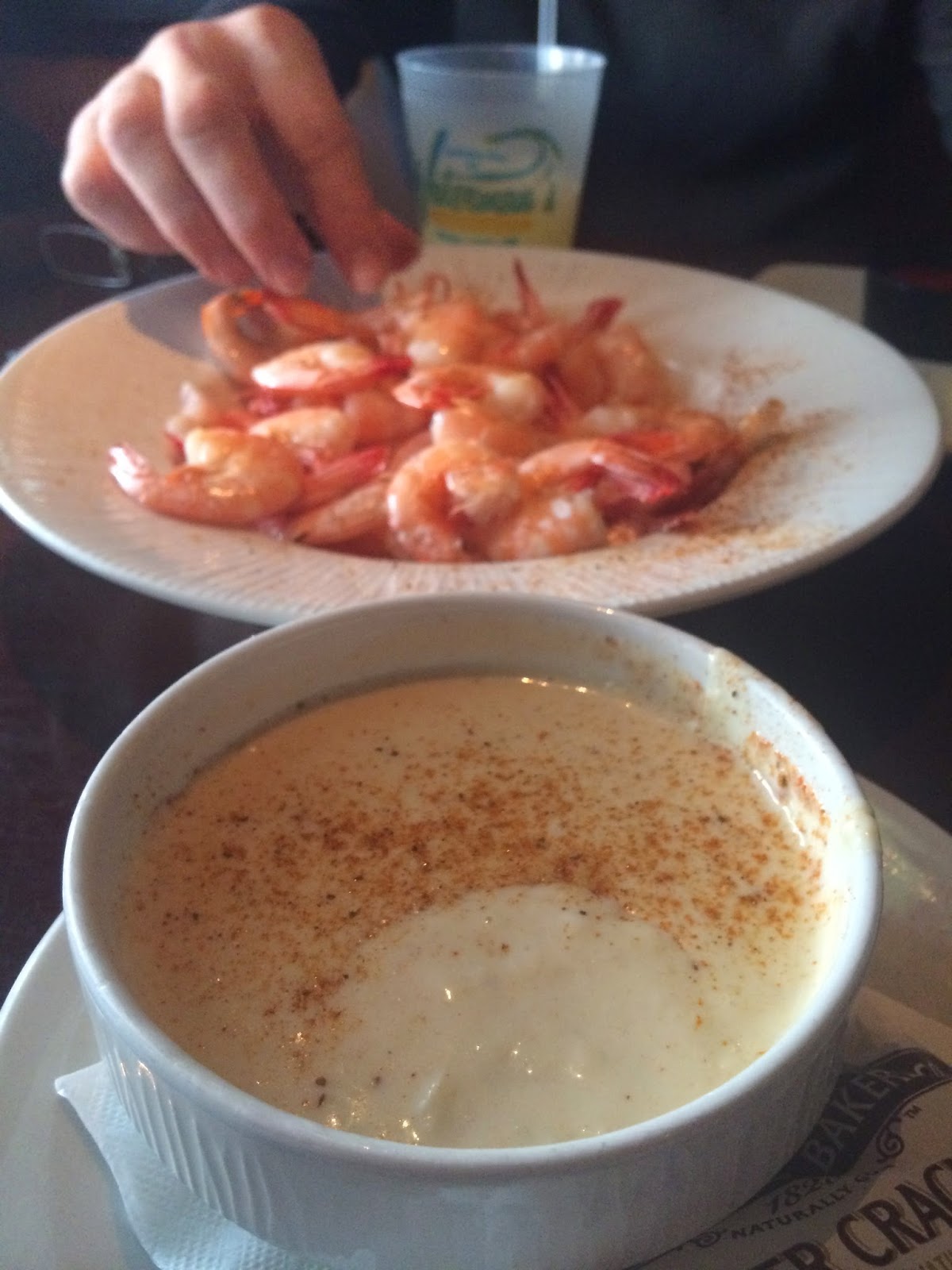 He got shrimp, I got she crab soup and couldn't finish it all due to LOCKDOWN mode....

Have a great week everyone!

Endoscopy and ready to lose 10lbs! 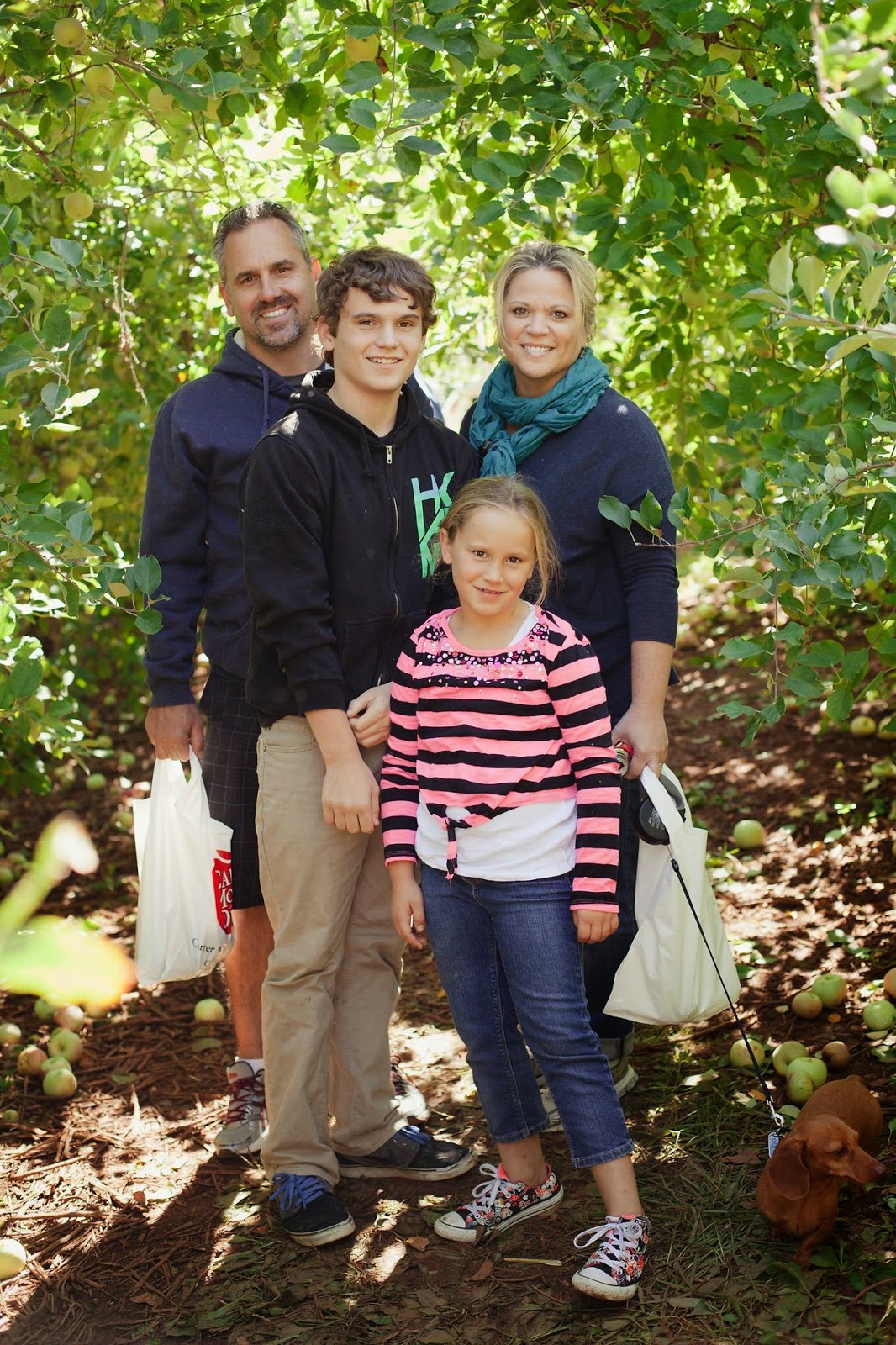 It's true that it's been quite a while since I've posted.  Lots of life stuff going on, one of my best friends passed away (brain cancer), my stressful, high level responsibility job, in-law passing away (stroke while being treated for stage 3 lung cancer), son's surgery (broken collar bone), life in general gets pretty busy.  That pic above was from our family apple picking trip we take each fall in Central Va.

My weight increased to 201 and I freaked out worried that I was going to gain all this weight back.  I have a very low level fill unlike many people.  I like it this way because it does make me less hungry - just having the band does that for me.  There are times when I can eat a lot and times (like when I have PMS) that I cannot.  So it works for me.

Work stress and the death of my husband's mother was very stressful and I lost 10lbs because I simply wasn't eating much.  I dropped to about 190.  I had stomach pains from work stress and home stress and it was unusual for me because I just couldn't eat.  I have also had increased problems with reflux and was worried my consistent stomach aches were most likely an ulcer.  I was also a little freaked out because I worried that perhaps the band had eroded.

I went to a gastro-enterologist, had a endoscopy done (they knock  you out for about 15 mins, insert a small tube with camera down your esophagus and evaluate it and your stomach for any issues).    The results of the endoscopy were that I had grade C esophogitis - which basically means that on a scale of A-D (D being worst) - that it was a serious problem.  The best part is that there was no ulcer, no precancerous lesions, and while a grade C is serious enough, medicine should improve it.  I think as I get older I am processing stressful situations a little differently.  The anxiety we all feel over stressors seems to now go to my stomach.  I get a stomach ache and can't eat.  I never understood people who lost weight when they were stressed because I always ate more and gained weight when I was stressed.  Having experienced both, I can tell you, they both suck!!

I've been taking Prilosec for almost a month now.  But that's not the whole story......

Ever since I have had the endoscopy done, my stomach and my band are so tight that I am having a heck of time eating at all.  Even liquids.  About 2 days after the procedure, I actually had to pull my car over and throw up after an intense nausea and a cramping pain in my stomach and band.  If I eat or drink less than 2 hours before I go to bed, I don't sleep because it just keeps coming up my throat.   Last night, the water in my stomach just came up and out my nose while I was in a dead sleep.  I can feel the food or liquid sitting before going through the band, my stomach begins to contract and move the food through but it's like the band is irritated or inflamed and just won't accept it.  I can feel my stomach and literally foam is created and I spit it out OR these micro burps, little bits of air move up my esophagus and come up all on their own.  My stomach is creating a lot of air when I'm trying to digest food which leads to bloating and air in my stomach which HURTS!

I'm not sure if perhaps the folds of my stomach inside the band which were happy and perfect before were disturbed when they passed the camera through it or what is causing these pretty difficult problems.  I thought it was perhaps just a little irritated from the procedure which is understandable.   But, they have not subsided and it's actually getting worse.  I have a follow up appointment soon and hopefully I can put this behind me.

The fun part of having lost this weight again is that I'm trying on all the shorts and pants that I couldn't wear last year because I was consistently in the high 190's.   And they FIT!!   I told myself I'd never allow the scale to go over 200 again in my life.  Reaching 201 really freaked me out!  Unfortunately, stress was the catalyst to get me to lose 10lbs, but I have to say, I really LOVE having those 10 lbs off.  I am comfortably wearing a size 14 again!  I simply cannot believe what a HUGE difference just 10lbs makes.  Its such a huge difference that it motiving me to lose 10 more!

Scale said 188 yesterday.  I"m struggling to eat healthy with my stomach issues because ice cream, milk, soups (too much sodium!) all make my stomach feel better.  I cannot eat fruits and veggies that are high in fiber and that's a BIG problem.  I don't want to be in that place, I want to eat healthy foods.  I want to eat clean and what my body needs to thrive on, not chemicals, salt, sugar, and fat!

I've been doing yoga.  But haven't had the energy to run.  I am ready, however, to get things going again and break into a new personal best of losing 10lbs and getting to 178!  I know I can do this because I've done it before.  I know the formula - work out consistently and plan my meals.  It's that simple, but really hard to put into practice with all that life brings us everyday.  It takes making it a priority and letting other things fall to the wayside.  I've learned I can't do all the things I want/need, so I have to pick.  And I'm picking focusing on losing another 10 lbs!

The pic below was a few months ago - we took our kids on their first cruise, we had a blast and will definitely do it again with them. 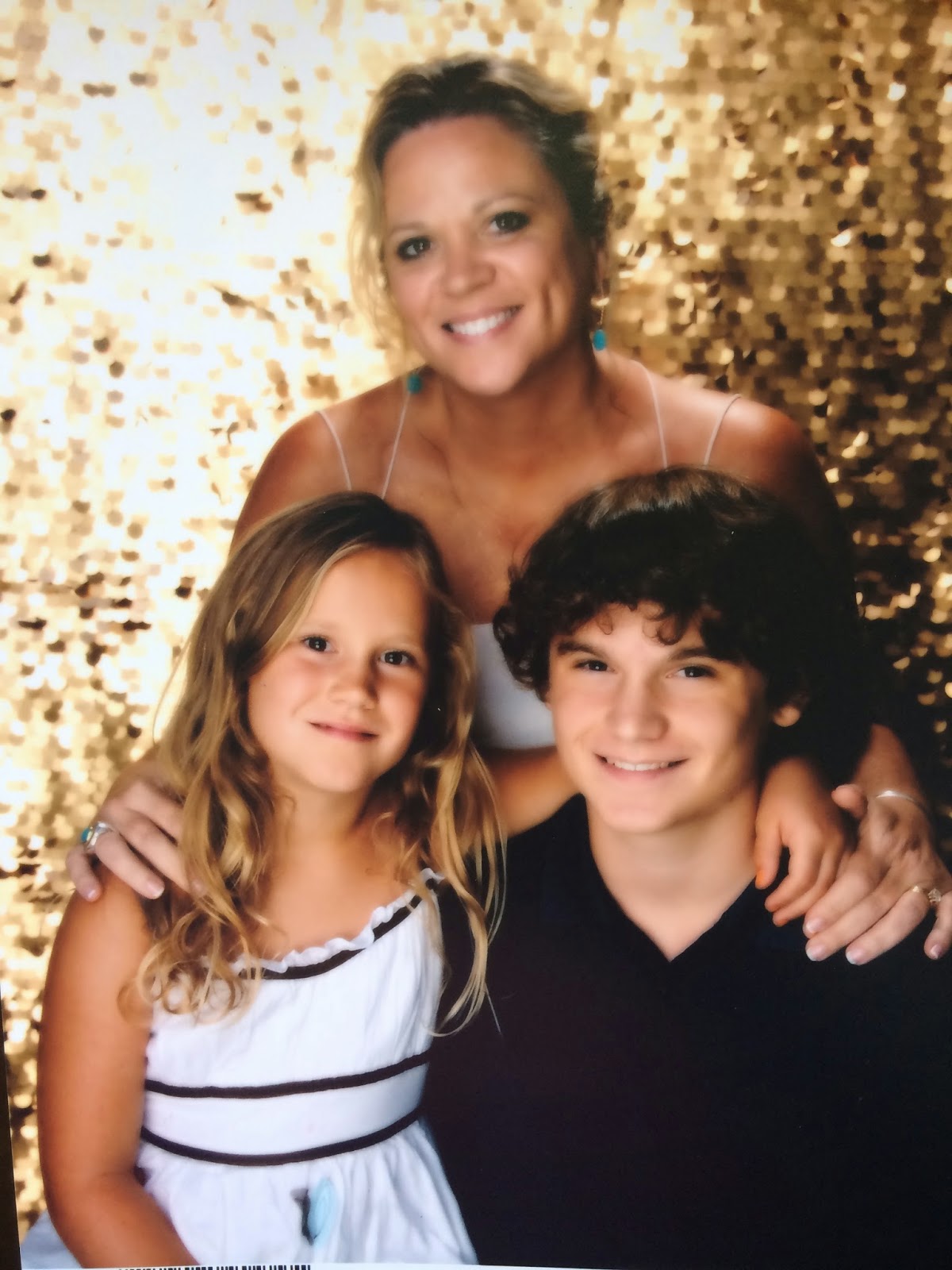 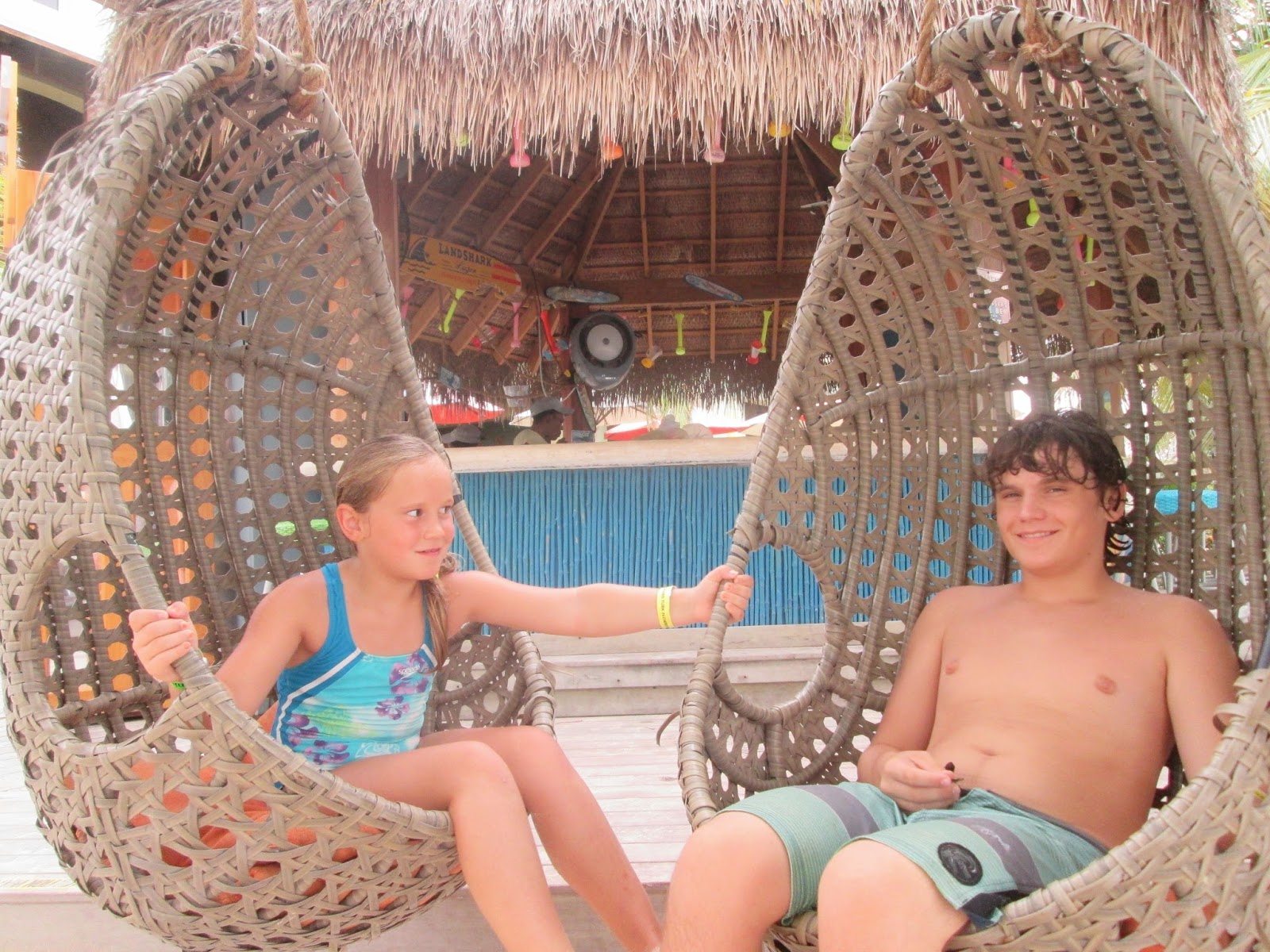 Hope everyone is doing well out there! 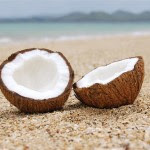 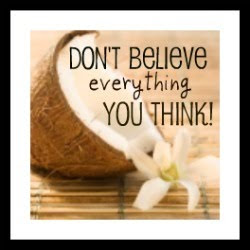 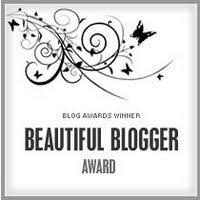 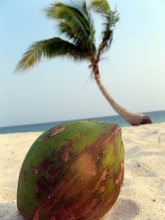